On 21 May 2021, the German Bundestag (Parliament) adopted the Act Implementing the Anti-Tax Avoidance Directive after long discussions between the Federal Ministry of Finance and the Federal Ministry for Economic Affairs and Energy. In its meeting on 07 May 2021, the German Bundesrat (Federal Council) submitted its statement on this matter which included individual topics concerning controlled foreign company (CFC) rules. The Federal Council adopted the Act in its meeting on 25 June 2021, so that the legislative procedure will be concluded during this legislative period.

The Act will constitute the first comprehensive reform of the CFC rules set up in Section 7 et seq. of the German Foreign Transactions Tax Act [Außensteuergesetz] since its implementation in 1972 as the Act includes an Anti-Tax Avoidance Directive setting minimum standards for CFC rules that are mandatory for all member states. The implementation will lead to significantly stricter regulations for many international companies and affect in particular foreign (intermediate) holding companies. In the future, company groups which were able to avoid taxation due to structural arrangements in the past will be subject to CFC rules as the determination of control will no longer be based on whether or not a CFC is controlled by a domestic taxpayer. The threshold of 25% for low taxation, which was frequently criticised in the past, will continue to apply. Hence, a large number of countries would become low-tax jurisdictions.

The main provisions of the legal amendment include adapting the criteria for determining control, including an extension of the personal scope of application, significant amendments of the activity catalogue, and a stricter assessment of motivation. These components complement the existing main characteristics: control, generating passive income, and low taxation.

In the future, the determination of control will no longer be based on individual criteria but will instead take the overall composition of shareholders into account, including direct as well as indirect investments. In addition, the individual resident taxpayer will be attributed shares of related parties irrespective of where the related parties are subject to taxation. Control is deemed to exist, if more than half of the voting rights or more than half of the shares in the nominal capital of the foreign company are directly or indirectly attributable to the taxpayer, alone or together with his related parties.

According to our evaluation, the assumption that the shareholders of a partnership or a co-entrepreneurship are generally cooperating based on concerted actions, which is legally rebuttable, is quite critical. As no minimum investment is required, the scope of application may even include smallest participations in partnerships. According to the new Act, taxpayers subject to non-resident taxation will be subject to CFC rules in the future if and to the extent that the investment in a foreign company is attributable to a domestic, originally commercial permanent establishment.

The structure of the activity catalogue remains the same but includes stricter regulations for selected matters. As before, income not designated explicitly as “active” will be considered “passive” according to the regulation. In the future, however, this will apply to income from dividends which are to be qualified as “passive” under certain conditions (e.g. free float). Interests should be considered exclusively passive income. A positive development is the future qualification of gains on disposal from shares in corporations as “active” in general including a mandatory exclusion assessment.

The planned assessment of motivation or substance to exclude add-back taxation will mainly be limited to the EU/EEA. The assessment will be applicable only in special cases, not only EU cases but also third countries. 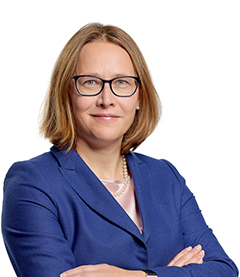