Draft law on Royalty taxation of IP registered in Germany

On July 28, 2022 the German Ministry of Finance published a draft law with new regulations for the German taxation of income from IP registered in a German register “German-registered rights”. The draft law essentially leads to extensive elimination of the “register cases” for the future and retroactive elimination of taxation of income from IP for third-party royalties.
Contents

As of the second quarter of 2020 a discussion evolved regarding Section 49 (1) No. 2 letter f) of the German Income Tax Act (“Einkommensteuergesetz”) which according to the wording justifies the taxation of royalty payments between non-residents relating to IP registered in a German register (“German-registered rights”). According to the wording of the provision, it is not necessary that the right must be economically exploited in Germany, or that the licensor or licensee is resident in Germany or have any other tax nexus, e.g. branch, in Germany. It should be sufficient that the rights are entered in a German register.

In November 2020, the German Ministry of Finance already initiated the elimination of the provision of Section 49 (1) No. 2 letter f) within a draft law. However, this draft was not implemented. Instead, there was a “simplified procedure” published for the treatment of such “German-registered right”. Deadline for this “simplified procedure” was recently extended by one year until June 30, 2023.

The German Ministry of Finance published a further draft law on June 28, 2022 suggesting a new regulation of Section 49 (1) No. 2 letter f). Essentially, the suggested new provision contains the following:

At the moment, it is not possible to make final estimation of the implementation of this new draft law, as there can still be made further changes within the course of legislative process. For the time being, the German Ministry of Finance has asked selected associations for comments on the suggested draft law until August 11, 2022. Further developments remain to be awaited.

For currently open cases, the currently applicable legal interpretation should continued to be considered.

Accordingly, non-German-residents should check whether royalty payments for, or disposals of German registered IP were made for the past. If so, it should be checked, if the “simplified procedure” is applicable. In principle, these are cases in which Germany has no final taxation right according to an applicable DTT. For these cases, a (retroactive) exemption should be applied for until June 30, 2023.

Cases in which Germany has a final taxation right according to the currently applicable legal interpretation, are particularly relevant. In these cases, withholding tax on the respective royalties has to be declared and paid in order to avoid possible criminal consequences. However, such cases should be kept open against the background of the possible new regulation. 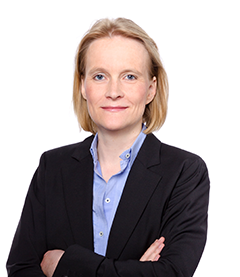 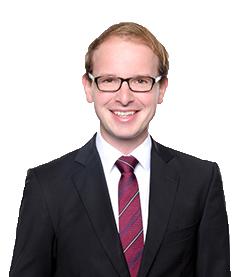