New reporting requirements for Transfer Pricing and other cross-border arrangements

The German legislator has imposed new tax disclosure requirements for certain cross-border arrangements and the corresponding automatic exchange of information by the tax authorities of EU Member States.

The new requirement applies to all cross-border tax arrangements the first step of which was implemented  after 25 June 2018.

The main aim of the Directive is to provide tax authorities with an early warning mechanism on implementation of a potentially aggressive tax arrangement.

Council Directive (EU) 2018/822 amends the Directive 2011/16/EU (“DAC 6”) regarding the mandatory automatic exchange of information in the field of taxation. This relates to reportable cross-border arrangements, provides for mandatory disclosure of such arrangements by intermediaries or taxpayers to the tax authorities and mandates the automatic exchange of this information among the EU Member States. The declared goal of DAC 6 is to improve transparency while decreasing uncertainty regarding economic ownership. It also discourages intermediaries from designing, marketing and implementing aggressive tax schemes.

The scope of the Directive is very broad and the details are left to the locally implemented legislation and guidelines. The Directive maintains that it does not go beyond what is necessary to deter aggressive cross-border arrangements and thus does not violate the fundamental EU principle of proportionality.

The German legislator implemented the Directive into national law at the end of 2019 and it became effective on 1 January 2020. The implementation is contained in the new sections 138d-138k of the German General Tax Code.

II. Scope of the new obligations

The tax arrangements have to incorporate a cross-border dimension, i.e. multiple countries have to be involved, including at least one EU Member State.

III. What is reportable?

Arrangements are reportable if they feature at least one of a number of “hallmarks”. Hallmarks are broad categories setting out particular characteristics identified as being potentially indicative of aggressive tax planning. A number of hallmarks only apply if a threshold “main benefit” test is met. The threshold is met where one of the main benefits expected from an arrangement is a tax advantage.

From a transfer pricing perspective, the following three cases must be reported. For these cases, the threshold does not apply, i.e. it is not necessary for a tax advantage to be a main benefit.

Definition: Transfer pricing arrangements that use a unilateral regime applicable to a defined category of users or transactions and relieve eligible users from certain obligations otherwise imposedby the general transfer pricing rules of a tax jurisdiction.

Example: A US parent grants a loan to its German subsidiary. The conditions of the loan comply with the US safe harbor interest rates for intra-group loans.

Remark: References to OECD or EUJTPF recommendations do not fall into this category.

Definition: Transfer pricing arrangements in which intangible assets or the rights thereto are transferred to an associated enterprise or  between a company and its foreign permanent establishment. These cases are reportable if at the time of the transfer no sufficiently reliable comparables exist, and one of the following three factors are highly uncertain, making it difficult to predict the total profit or loss at the time of the transfer or conversion (hard-to-value intangible assets):

Example: A German entity sells a self-developed technology to its Canadian parent entity. The value of the technology is determined using a discounted cash flow method.

Remark: Check license arrangements are explicitly not reportable. However, we advise reporting them if in economic terms they equate to a transfer.

Definition: Transfer pricing arrangements that involve a cross-border transfer or relocation of functions, risks and assets, or other advantages within associated enterprises (including permanent establishments). Such cases would have to be reported if the expected annual earnings before interest and taxes (EBIT) of the transferring enterprise during the three-year period after the transfer are less than 50% of the projected annual EBIT if the transfer had not taken place.

IV. Who needs to report?

Primarily so-called “intermediaries” are obliged to report. This can be anyone who:

In cases where the user implements a reportable cross-border tax arrangement without the involvement of intermediaries (in-house arrangement), the user is responsible for reporting the information in full.

The “intermediaries’ net” is cast very wide and a transaction may involve a number of intermediaries. In principle, each intermediary is obliged to report.

V. When does the report have to be submitted?

The report has to be submitted within 30 days of the deadline-triggering event. This is usually the point at which an arrangement is made available or becomes ready for implementation. This 30-day-deadline applies to all cases the first step of which was implemented on or after 1 July 2020. In cases where implementation began at any point between 25 June 2018 and 1 July 2020, the information must be reported by 31 August 2020.

An extension of the deadlines is currently being discussed at the EU-level. On a national level, there might be an extension due to technical reasons.

VI. Who do you need to report to?

Reports have to be submitted to the German Federal Tax Office (Bundeszentralamt für Steuern).

Reports also have to be referenced in the tax return.

If the reporting obligation is breached either intentionally or negligently, an administrative fine of up to EUR 25,000 can be imposed within Germany. This also applies if the affected user fails to indicate in their tax return the implementation of a cross-border tax arrangement that has already been reported.

Many intermediaries and users will be directly affected by this new law, since even day-to-day cross-border transactions may already be subject to the reporting obligation.

Companies and their advisors need to check ongoing and intended cross-border arrangements against the background of the new law.

The new regulations leave room for interpretation. If an arrangement is not reported, companies/ intermediaries should document the reasons for their decision in order to avoid penalties. 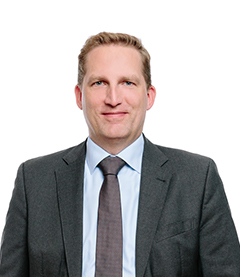